Back to the Source screening and Pinstripe Rèduit Live Performance 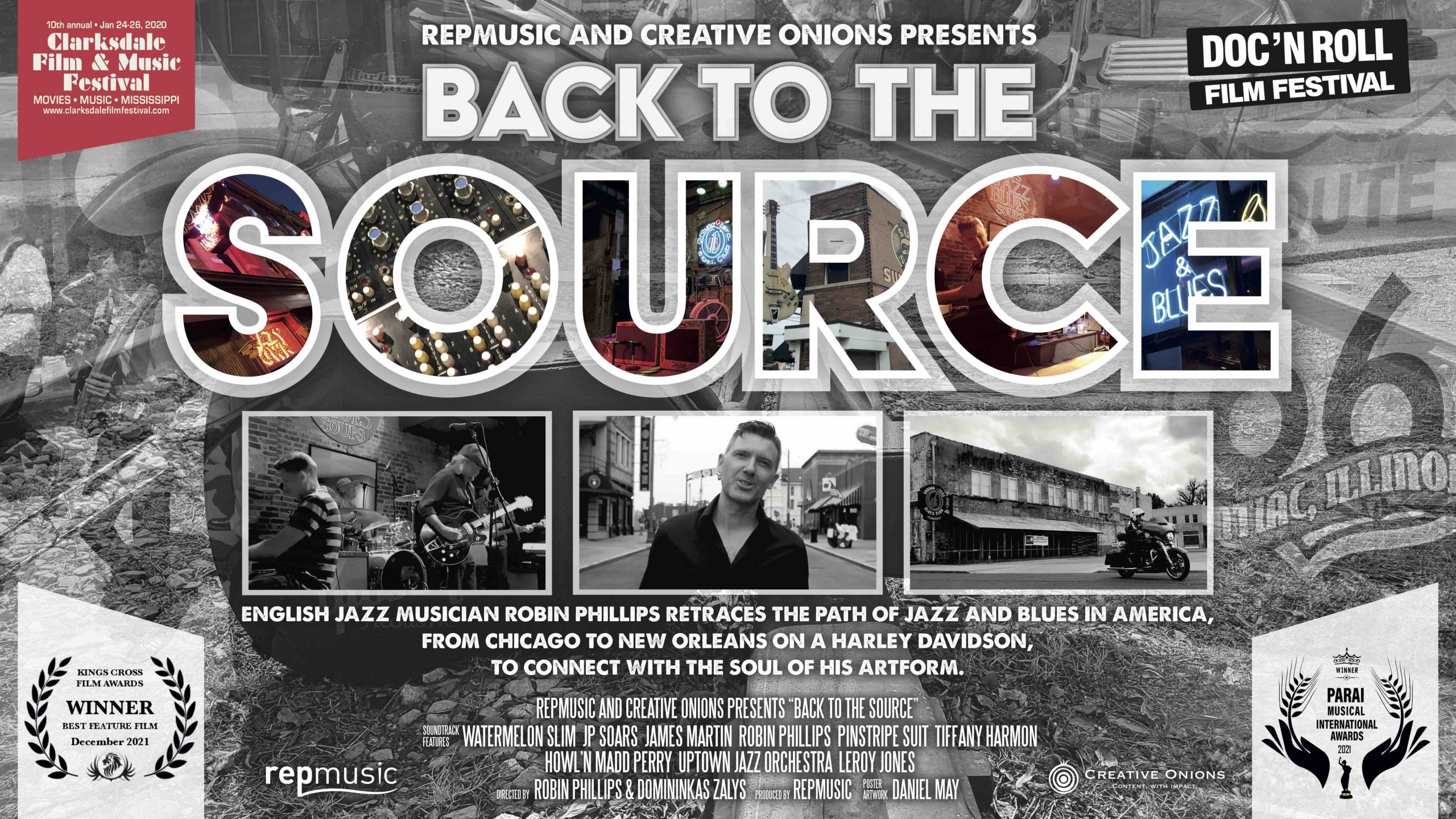 A special film screening and dinner / performance event will take place at Gonville Hotel in Cambridge on Thursday 27th January at 6:30pm.

‘Back To The Source’ is an independent jazz & blues USA road trip documentary featuring Cambridge-based jazz musician and presenter Robin Phillips, made in partnership with ARU photography graduate Domininkas Zalys. The event is being put on in collaboration with Cambridge Modern Jazz, and the screening will be followed by a performance from Robin’s London speakeasy swing band, Pinstripe Réduit.

Attendees can choose to dine from a two-course set menu for £40 including the screening and performance or choose a ticket-only option for £15.

Guests attending the event can also opt to make the most of their trip out, with a special overnight room offer rate of £160 (B&B).

Back to the Source

The film, shot before the pandemic, has recently won awards from Kings Cross Film Awards, New Creators Film Awards and the PMIA Music Awards, was first screened at the Clarksdale Film & Music Festival in Clarksdale Mississippi in 2020, and was also included in the Doc ‘n’ Roll online Film Festival in London during the lockdown.

‘Back To The Source’ is a jazz & blues motorcycle road trip music documentary, which follows Cambridgeshire musician Robin Phillips as he retraces the path of jazz and blues in America, from Chicago to New Orleans, in a once-in-a-lifetime road trip on a Harley Davidson motorbike, to better understand the art form he has dedicated his life to.

Dinner will be served during the documentary screening, which will be followed by a one-set performance by Robin’s New Orleans-flavoured speakeasy swing quartet Pinstripe Rèduit, including original material inspired by the trip featured in the film.

For more information about the event or to book call Gonville Hotel on 01223 366611 or email sales@gonvillehotel.co.uk.